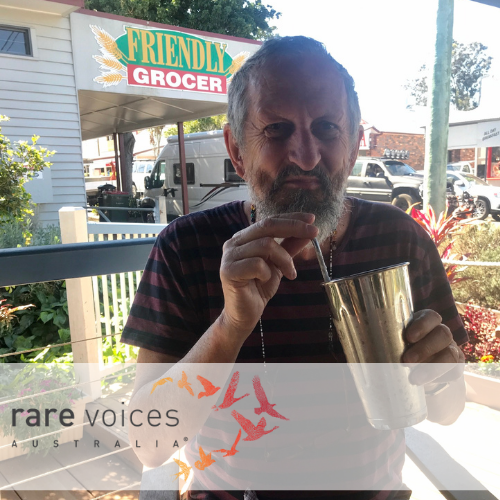 In 2010, having completed a saliva sample via www.23andme.com looking into our heritage, we received an updated health report (no longer given) near the end of June 2014, that I had the gene for Familial Amyloidosis Polyneuropathy (FAP) with Cardiomyopathy (FAC). This is a hereditary disease (ATTR60Ala and 80Ala) that progresses slowly but is incurable.

I have the hereditary strain (County Donegal) and we later found out that my brother and father do too – over 1% of the country has this as well. This animation explains Amyloidosis for those interested. At the time, I didn’t think I had any of the symptoms so we didn’t worry too much. There is a 50-50 chance of the gene being passed down with a further 50-50 chance of the gene turning on. Luckily for us, our kids don’t have it.

At the same time and without us realising it was FAP and FAC, my brother who had been sick for several years, had a heart biopsy – he was operated on by a cardiologist in Brisbane. Both my father and brother have since died from this disease. Here are a few other things about this condition.

My type generally activates when people are in their late fifties but just to be tricky, it can also activate earlier, later or not at all. It’s a real roll of the gene dice! Carpal tunnel was certainly the early sign for me, along with burning and jabbing pain in the feet/toes, along with loss of sensation in parts of my feet. Plus, the feeling in my arms that they were still asleep as I awoke – I thought this was because I must have slept on them but it’s actually part of the disease’s progression.

I had a heart biopsy in September 2014. Sometimes, this biopsy doesn’t work if the sample is not taken where the amyloid happens to be. My cardiologist found the amyloid in the heart, and I’ve since had two carpel tunnel operations as amyloid fibrils get into any free space. I am on a slippery slope that’s being slowed by Diflunisal but have to be watched that the meds don’t hurt my kidneys.

These are the symptoms:

Amyloidosis is known as the orphan disease and for me, it seems to be hidden in the ageing process. However, there are other types that activate when young, and others that are quick and deadly. Luckily, the Leukemia Foundation adopted us. For the hereditary type I have, towards the end of life is when the fibrils stop the heart from pumping. There are new medications for the neuropathy component but not in Australia yet and even then, they’re likely to be hundreds of thousands of dollars.

I’ve retired and though this disease is slow, it’s fatal. We sold everything, live in a van, house sit from time to time and live with our kids sometimes. I don’t know if anxiousness is associated with the disease but I am easily overwhelmed. We live off our own Superannuation. I am not allowed disability until I have one year to live, so that’s a bit gut wrenching as I’m trying to think positively. My partner/wife of 42 years is a great support and together, along with plenty of naps, we feel lucky.