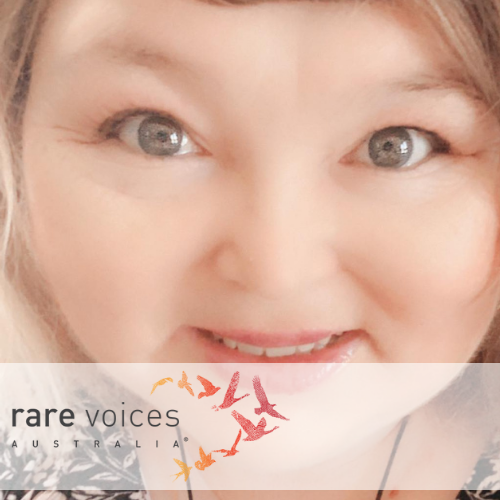 I was born in Wollongong, New South Wales in 1971. I was induced as I was two weeks overdue and severely jaundiced at birth. My mother and father had Rh- and O+ blood types. I had a blood transfusion and was christened at birth. I was eventually diagnosed with congenital panhypopituitarism at 13. After a magnetic resonance imaging (MRI) scan in 1991, it was established that my pituitary gland was only partially formed at 40% of the standard size due to growth hormone insufficiency and other factors.

Symptoms I have experienced (some are still present) due to congenital panhypopituitarism include:

I was a very sickly child, often getting infections that took much longer than average to heal. I have chronic fatigue and experience difficulty performing most tasks and engaging in sports due to extremely low energy, brain fog and memory issues. I’ve always had a sensitivity to cold temperatures and am more likely to catch colds and take longer to recover from them. I experience frequent bouts of nausea, vomiting, diarrhoea and other symptoms common with adrenal insufficiency, which can also sometimes signal an adrenal crisis when accompanied by low blood pressure, abdominal pain and unbalanced electrolytes.

During one hospital visit, the surgeons thought I had appendicitis and planned to take my appendix out. Once they put me on a saline drip, I stabilised and the pain went away. This was thanks to my mum and aunt believing me. The doctors thought I was just nervous about the operation, but thankfully, they finally listened to my mother and stopped the operation. I was told later that if I’d had the operation, I probably wouldn’t have survived because I was in an adrenal crisis. As I grew, my mother noticed I was much shorter than my peers.

From bone density and other scans, at age 13, it was found that my height was three years behind my chronological age. When I was 13, I was as tall as an average 10-year-old and wasn’t showing signs of developing. My mother took me to doctor after doctor until we found one that thankfully referred me to an endocrinologist in Wollongong.

I was fairly thin until I started taking cortisone after my diagnosis. I then developed Cushing’s disease due to the long-term effects of taking cortisone from 13. I would eventually receive hormone replacement therapy (HRT) at age 19 after completing a three-year course of growth hormone injections. I had to wait until my bones finished growing before going on HRT. I still don’t know why it took 13 years to diagnose me, but I’m grateful I was eventually diagnosed.

I’ve tried several treatments to date and also take medication for diabetes. I started taking growth hormone injections again in 2021 after taking them as a teenager. Additionally, I take supplements to boost my suppressed immune system and choose to eat a primarily gluten and dairy-free diet as my body is intolerant, causing bowel issues and cramping. This, in turn, affects my mood. I often suffer from brain fog after eating a lot of gluten and more fatigue than I normally do.

What aggravates my condition:

Stress, be it physical or emotional, triggers a worsening of my condition. My body doesn’t respond to stress well. When I get sick, my cortisone levels drop. Most healthy people’s cortisone levels rise to fight off sickness or infection. Overheating, electrolyte imbalance, going into shock etc., all make my condition worse.

My tips for managing a rare disease:

Try to reduce stress as much as possible. I meditate regularly, eat fairly well, have reduced my workload and try to exercise when I have a ‘good’ day—which is rare. I’m severely overweight but slowly losing weight. Hydrotherapy is the main exercise I enjoy as this has helped to correct my club feet, weak ankles, painful feet and bad knees. I’ve disconnected from toxic people wherever possible. I try to remove myself from stressful situations where appropriate and work around my condition and energy levels.

The best tip I have is not to feel guilty for resting or having a bad day—even more so when you have a good day. Some people judge me when I have to cancel appointments due to being unwell but then have a day when I am feeling ok and go out or do something I usually wouldn’t have the health and/or energy for. They think I am faking it. I often overdo things when feeling good and pay for it soon after. Learning to pace yourself and getting enough quality sleep can help.