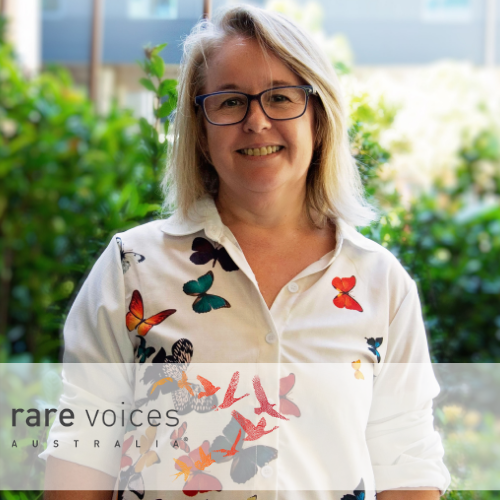 I’ve always known that I’ve been different because I’ve always been the victim of stares from both children and adults. I was diagnosed when I was two. My mother had been taking me to numerous doctors to try and find out what was wrong because she noticed my legs were bowed and I wasn’t walking.

As I got a little bit older though, especially in my 20s, my knees would lock for days. The enamel on my teeth is full of microcracks and I actually have most of my teeth out. Trying to deal with the taunts and looking different and all I wanted to do was to be like everyone else.

Watch Naomi talk about her story

X-linked hypophosphatemia (XLH) is a mutation on the X chromosome so as a female, I had a 50-50 chance of passing on XLH to my children and Jack I think, was about 18-months-old when it started showing up properly in the bloods and Mikey was closer to two. It was pretty awful actually. I cried, my husband cried and I blamed myself quite a lot because it was something that I never really wanted to see my children go through at all.

For me, running is quite difficult because if I run for more than 50 metres or so, my knees get really sore.

I’ve been bullied a lot because of XLH, mostly because I’ve been so short. Because of the growth hormone that I’ve been on, my bones have gone that way.

He’s had to have what they call eight plates.

When I had to put bolts into my right knee, that was rather painful.

He’s had that procedure about four times. At the age of five, Jack had what’s called a bilateral osteotomy. The doctor actually saws the tibia and fibular at the top, just below the knee and just above the ankle joint, then twists them around and then screws them back together again so that they are more in a straight alignment. He had them done both at the same time because it is such a huge operation and they wanted to make sure that we only did it once.

It was quite scary for me. The hardest part was after that, learning how to walk again and I guess I’ve become a little bit stronger coming out of that as well emotionally.

As difficult as it is, it’s also been quite a blessing for them as well in terms of making them the humans that they are today. It’s certainly taught me strength and resilience and that has actually taken me a long time to learn that as well. This is who I am, if you’re happy with yourself and your family and the friend group you have, you actually don’t need anything else. You might have different looking legs or a funny waddle walk or whatever, but you’re still a decent human being and you’re still special and still have a place, just like everybody else.

Naomi is the Vice-President of RVA Partner, XLH Australia.