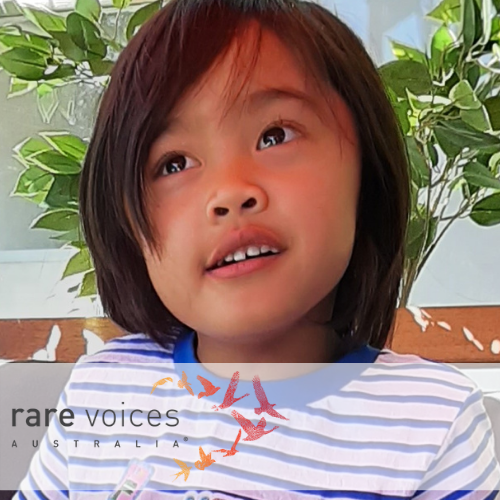 Gaba’s story as told by her mum.

We welcomed to the world our little warrior, Gabriela, in June 2016. When I first held her in my arms, all I wanted to do was protect her and give her all the love in the world. Gabriela, a.k.a Gaba, was born at 36 weeks and we fought hard to get to 36 weeks, with me having been diagnosed with Grade 4 placenta previa in the second trimester and gestational diabetes earlier on. Eventually, we spent the last trimester in hospital. After Gaba was born, we spent another week in hospital to manage her jaundice, feeding and to regain weight she had lost. We were so happy to finally be able to take Gaba home. Less than a month after being home and around her actual due date, Gaba was diagnosed with whooping cough – so back to the hospital we went for another week!

After a challenging first couple of months, we settled into a routine and the next thing you know, Gaba was eating her first solids. She ate well. By around eight months old, Gaba was on solids and formula milk only. Gaba has always been a relaxed and happy baby. She babbled a lot, rolled and commando crawled around the floor. By around 10 months, Gaba could sit up with assistance but she could not sit up for a long time. We had a routine check-up with our GP to check for low muscle tone and if she was having silent seizures. A visit to the physiotherapist at the local children’s services confirmed Gaba’s low muscle tone – and so began monthly physiotherapy appointments. An electroencephalogram (EEG) test confirmed that she did not have seizures. The low muscle tone and global development delay (GDD) diagnosis triggered additional tests – blood, chromosomal, metabolic, spinal fluid, magnetic resonance imaging (MRI), and hearing tests. Gaba’s tests results did not show anything unusual and we still did not have any answers as to why she has low muscle tone and GDD.

By the time Gaba was 18 months old, we had regular appointments with the GP, physiotherapist, occupational therapist, paediatrician, paediatric neurologist, and speech pathologist. After Gaba turned two, we had genetic testing. Nearly one year later, we got the results, which showed a variant in Gaba’s SCN2A gene. This is a missense variant that she did not inherit from me or my husband.

The SCN2A diagnosis likely explains why Gaba has low muscle tone and GDD. While there is much to learn and understand about SCN2A, for us, things remain the same. We continue to have regular therapy sessions and, in a way, the SCN2A diagnosis helps us to be more informed for planning for any other support Gaba needs in the future. We are also participating in a natural history study of SCN2A to help build the evidence base and hopefully, drug development treatment for SCN2A.

Gaba continues to progress with reaching her developmental milestones. She works harder and reaches them a little later than her peers. Just before she turned four, Gaba took her first unassisted steps. We are now trying to teach Gaba to learn how to use augmented and alternative communication (ACC) with her iPad. We hope this will help her to learn to communicate in other means and develop expressive language. Credit goes to Gaba’s childcare educators for the important role they have in her social and emotional development. The next big step for us is Gaba starting pre-school!

Gaba is just like any other kid. She has the funniest personality and the cheekiest laugh. She lights up the room when she smiles. She is caring. She is curious and eager to learn. She is brave.

We are sharing Gaba’s SCN2A story to raise awareness about this rare disease and to show the world that living with a disability does not stop a person from learning, from being determined to succeed and from being resilient in the face of adversity.