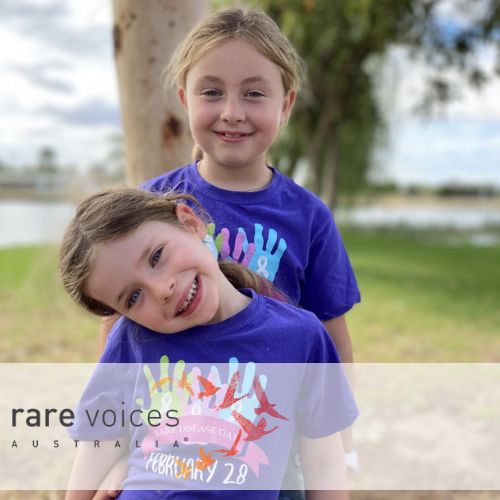 Ava was born in November 2017. Her diagnosis was detected via the newborn screening heel prick test which we are forever grateful for. Before any of Ava’s symptoms surfaced, she was diagnosed and treated accordingly. At 16 days old, Ava was diagnosed with Maple Syrup Urine Disease (MSUD). MSUD is an inherited metabolic disorder that affects the breakdown of protein containing foods. Protein is one of the main nutrients in our diet. It is made up of 20 different building blocks called amino acids. When protein is eaten it is broken down by enzymes into amino acids. These essential amino acids carry out a variety of functions including growth, repairing cells and tissues as well as making other body proteins.

High levels of leucine are toxic as it can enter the brain and damage it. If left untreated, high leucine levels can be life threatening. The main aim of treatment is to monitor acceptable levels of leucine, isoleucine and valine while providing adequate protein to support normal growth and development.

Treatment for MSUD is a strict low protein diet for life, in addition to a protein-free supplement (MSUD coolers). The coolers contain other amino acids, vitamins and minerals Ava may need. Ava also takes valine daily and has many other medications on hand for ‘sick days’.

On the day of Ava’s diagnosis I had just fed her and put her down for a sleep. My phone rang. It was a paediatrician asking to speak with me urgently about Ava. I sat for a moment thinking they had the wrong child; we had no issues and weren’t expecting a call from a doctor. The doctor explained the newborn screening test had detected a rare genetic disease and to bring Ava into the hospital.

The doctor asked if Ava had been sleepy; yes, she had been. If she’d vomited; yes, she had. These were all signs of a newborn baby in our eyes. He told me not to Google ‘MSUD’ because it would scare us, but that Ava could develop brain damage if she was not treated. I called my husband and told him to meet me at the Emergency Department (ED) where the doctors were waiting for us. Ava was then admitted through the ED to the paediatric ward. I didn’t take much in from this point but, thankfully, my husband did. All I was wondering was, is she so calm because maybe she already has brain damage?

The doctors inserted a nasal gastric tube and still, we did not hear a peep from her. We were told to prepare to be airlifted to Melbourne, three hours away from home (we live in regional Victoria).

All the while, our other daughter was oblivious to what was going on with her new baby sister. That morning I said goodbye to my eldest daughter and didn’t see her for a week. (Thank God for grandparents.)

Unprepared for what lay ahead, Ava and I were airlifted to the hospital and my husband met us in Melbourne. Greeted by an extremely understanding, knowledgeable and caring team, we were on our way to learning what Ava’s MSUD journey meant. Her treatment team gave us all the information we’d need for the week and provided ongoing support.

Coming home from a week in hospital in Melbourne, our life with MSUD began. Every two hours, we fed Ava milk, formula and a supplement. We also had to crush and dilute thiamine tablets and syringe this into her mouth. I was exhausted.

We learned to say no to invitations if outings were too much. In the first 12 months, I was scared Ava would catch illnesses from others and become unwell, so we distanced ourselves from people for some time. We taught Ava’s older siblings what protein was and why she couldn’t have it. In the first two years, Ava’s teething was her biggest issue. Each week, we took Ava for blood tests that had to be performed fasted and before breakfast to check her leucine, isoleucine and valine levels. Ava’s leucine levels were always elevated when she was teething as her body was experiencing an inflammatory response. As a result, we reduced her protein intake during this time. These blood tests eventually became less frequent once Ava was three years of age and her levels remained somewhat consistent. If she developed an illness or virus, we had more frequent testing because coughs and colds can affect her levels. People often ask, “How do you do it all?” Our simple response, “You just do it. It is what it is and it’s better than the consequences”.

Thankfully for us, we were able to connect with other families in Victoria who are on the same journey via RVA Partner, the Metabolic Dietary Disorder Association (MDDA), and we now catch up and support each other. We are grateful Ava is the youngest of the group as we have three other families we can gain advice from thanks to their experiences. Everyone living with MSUD is so different and is impacted so differently. Ava is the ‘mildest’ case among the small group of families in terms of her daily protein allowance. Currently, Ava is allowed 15 grams a day which often makes me wish she could just consume anything, and it wouldn’t affect her.  Allowing some things and limiting them or saying “that’s enough” is harder than saying “no, not at all.”

We have worked hard to monitor what Ava eats, the sicknesses she is exposed to and medicate her when required to keep her out of hospital which ultimately means having a nasal gastric tube during admission.

In her four years, we have only been admitted to hospital a few times, but have managed to remain in hospital only for a couple of nights at a time to monitor and observe Ava. Ava has loved daycare and kindergarten this year. Next year she begins school and is very excited. She’s a very brave and tough individual and has not let MSUD get in the way of her living her best life.

I believe having access to support in the very early days of learning and adapting to a family’s new rare disease journey, physically and emotionally, is required. Families would benefit from local councils offering home help for cleaning and cooking to lighten the load of families adapting to their new journey, but also continuing to run a family and household. It would also be great to support the other siblings on special day outs, as they are often the ones who get pushed aside because rare disease comes first. A parent’s guilt will always be there, but with extra help to lighten a parent’s load, it relieves some of the guilt parents may feel.