Running 100km in 200 days to raise awareness for rare diseases 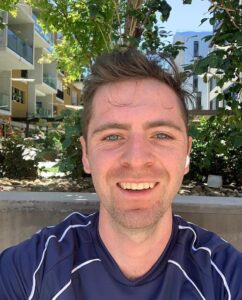 My name is Tim and I was formally diagnosed with Adult-onset Still’s disease (Still’s disease) in 2016 at the age of 22. Still’s disease is a rare systemic, auto-inflammatory condition that affects between one in 100,000 to one in 1,000,000 people globally.

In August this year, to stay on top of my mental health, combat the effects of calcium leaching from my medication and a desire to encourage people, in particular the rare disease community, I set myself the goal of running 100km before Rare Disease Day — another big audacious goal given my current health! I also began the Instagram page Running Rare to document my progress. I am a big believer of living with a ‘it is possible’ attitude. This doesn’t mean you’re naive to the reality of your circumstance, but it does encourage and motivate you to think about what might make something possible — and that is such an important first step.

The final 5km of the 100km challenge, will be run on 27 February at the Lake Burley Griffin Park Run in Canberra.

Thank you to the following people for their donations and support.